One of the oldest and most productive programs that the Bass Federation has ever had is the TBF Junior Angler Program it was started by the state federation in 1994 and has grown into a nationwide program with a brand NEW format for 2018!  By popular demand, all TBF Junior events will now be 2 person TEAM tournaments and the TBF Junior World Championship (JWC) will be expanded  to 2 days of competition before the cut day to the finals!

In this program young anglers 15 years old and younger (as of Aug 31 of the Junior World Championship they are trying to qualify for) can join as TBF Junior members and fish as a team with a buddy and from their own boats with their own boat captains! Many times state federation can help you find a partner if you need one.  We have active state Junior Programs in almost every state across the country.

These junior anglers fish in local club & state tournaments and participate in fundraising and conservation projects just like the adults do.

The competitive branch of this program allows the anglers to attend their states Junior State Championship and attempt to qualify for the TBF Junior World Championship (JWC). The top team from each state advances to the JWC to compete from their own boat, with their own captain for thousands of dollars in scholarships and prizes!

The TBF Junior World Championship is the premier junior fishing tournament in the world and it is held each year. 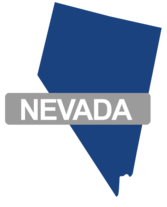